WE PROVIDE YOU WITH A DEPTH OF KNOWLEDGE AND THE ABILITY TO ADAPT THAT CAN DRIVE SUCCESS. 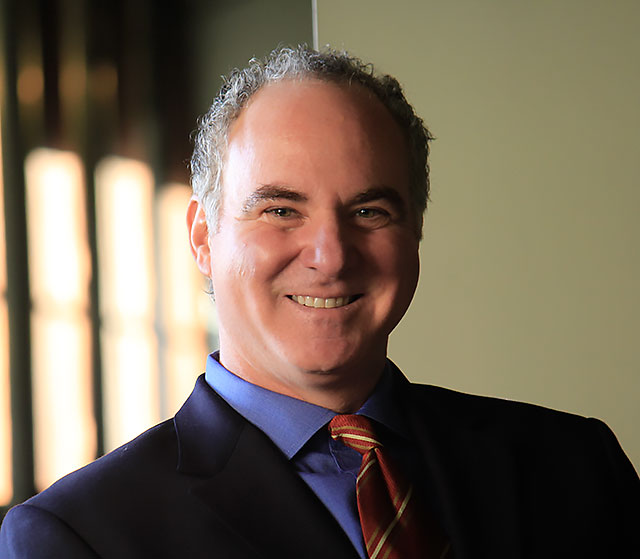 Eric Blatt has over 30 years of experience as an attorney, advisor and professional mediator. He earned his JD as a graduate of The University of San Francisco School of Law in 1991 and was admitted to practice law in California the same year. Eric received his AB bachelor’s degree as a 1987 graduate of Occidental College.

Prior to attending law school, Eric gained experience in the entertainment industry while working for the NYSE-traded motion picture producer, Carolco Pictures. During his time at Carolco, Eric was deeply involved in the management of international film distribution, union and talent agreements, and trademark management. He also handled intellectual property licensing for nationally recognized projects, including Terminator 2, Total Recall, Rambo III, The Doors and LA Story.

Eric’s career in Law began in the chambers of Justice David N. Eagleson of the California Supreme Court, where he reviewed petitions, conducted research and first drafts of opinions, and worked with the entire bench on final drafting for publication.

Eric then spent a decade at Gordon Rees/GRSM LLP, an AmLaw 100 and Global 200 law firm headquartered in San Francisco. He practiced complex civil litigation, trial and corporate law for companies from large to small, leading in industries such as oil and gas, medical device invention and sale, consumer products, software and engineering. He became a firm partner at age 31 and was co-chair of the firm’s Business Practice Group.

Eric left his law firm to join the early-stage health tech company Lifespire, as both General Counsel an VP of Business Affairs. He was then recruited to join Siebel Systems, a Fortune 500 NASDAQ company as lead counsel to Engineering, Marketing and Strategic Alliance divisions. He also served as the sole counsel for Siebel Venture Fund, a $300 million venture fund and investment arm, managing over 30 portfolio company transactions. He worked on the same side of the table, or across the table from such luminary VC companies as Mayfield Fund, Acacia Fund, Sequoia Capital, Steamboat Ventures and DLJ Venture Capital.

Our mission at Blatt Law is clear: We stand by you and empower you to make the best possible strategic decisions for your business, your investors, and yourself.

Eric co-founded and operated Centerfield Management Group (CMG) concurrently with his law practice, from 2004 through 2008. Eric and CMG were covered or quoted in the New York Times, The Oregonian, Sports Illustrated, The Las Vegas Review-Journal and The San Francisco Chronicle. Eric spent time during this period serving as interim General Counsel and operating executive for client companies.

Eric has represented investors in professional soccer and baseball stadium development and leases, Major League Baseball and Major League Soccer team acquisition bids and sports league formations. Eric also successfully structured and negotiated for one of the earliest dedicated channels on YouTube focused on sports personalities and traditional sports gambling. Eric also founded an online music licensing service, operated the Canadian Baseball League as interim COO and was an executive with an early entrant into the burgeoning industry of online sports gambling.

Based on his experience as a large law firm partner, General Counsel, operating executive and small firm director, Eric has created a unique business model to deliver quality legal representation to his clients, and provide a single point of client contact with control costs for clients.

See What You Can Accomplish With Blatt Law.